View Cart
Back to Shop Previous Item Next Item

"Every so often, you come across a performance that renders you powerless to resist, that sweeps you away with it, that reminds you of why you fell in love with music in the first place" declared The Globe and Mail

Grigorian (CAN) hbdirect.com (US) Presto Music (US)

"Every so often, you come across a performance that renders you powerless to resist, that sweeps you away with it, that reminds you of why you fell in love with music in the first place" declared The Globe and Mail in its review of the performance.

“We approach the Beethoven concerts and recording as if they were the very first performance, as though the music had been composed yesterday. This is the real thing — there’s no sense of routine with Tafelmusik musicians and everybody’s playing with a full heart and a full soul and spirit. That is the secret to a great performance,” stated Maestro Weil, who marks the 25th anniversary of his first collaboration with Tafelmusik this year. 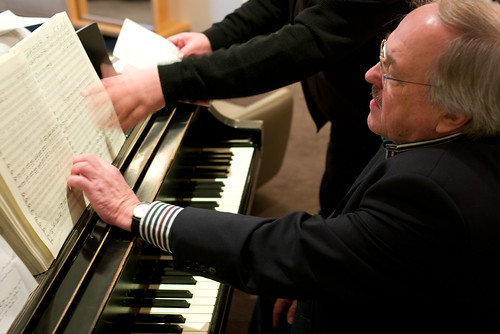 Tafelmusik is no stranger to the music of Beethoven and has performed all nine symphonies in Toronto under the direction of Maestro Weil. In 1999, for the first time, Toronto audiences heard Tafelmusik perform these works on the instruments for which they were written. Those ground-breaking concerts garnered acclaim from critics who noted that the “pungent natural horns, soft-edged woodwinds, and the fragile earthiness that comes from gut strings tuned to a lower-than-modern pitch made Tafelmusik’s spirited readings feel like a tour of so many secret gardens.” (The Globe and Mail)

Tafelmusik’s Music Director Emerita Jeanne Lamon said, “We are delighted to be celebrating a major milestone 18 years in the making, becoming the first North American period orchestra on the continent to have recorded all nine Beethoven symphonies! The outstanding support of our donors and contributors to our Fund the 9th campaign has helped ensure this project is the best it can possibly be.”

More than 120 individual backers contributed to Tafelmusik’s first-ever crowdfunding campaign, Fund the 9th. A total of $16,607 was raised over the course of the 54-day campaign, surpassing the initial goal of $15,000.

Tafelmusik acknowledges with gratitude Scott & Ellen Hand, John & Margaret Catto,
and Thomas Bogart & Kathryn Tamaki for their leadership support of this recording.
Major funding has also been given by Robert & Betsy Sullivan,
who are the Sponsoring Patrons of conductor Bruno Weil.

“One of the best-played recordings of Messiah.” -Gramophone | BUY CD

Tafelmusik Shop launched
with the support of